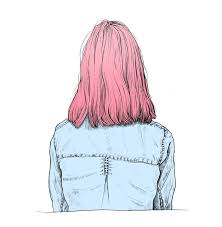 Two independent minded beings trying to leave their footprints on the sands of time. Thoughts of the lone wolf.

Okay So guess who had to go and serve her country? As you guys already know, I’m Nigerian and as a Nigerian once you have completed the required years of your university program, you are expected to apply for a one year national service scheme (NYSC which is short for National Youth Service Corps). At the beginning of your service you are to report to camp for a three week orientation where you will be drilled as para military before you are posted to whichever part of the state NYSC dims fit and are mandated to complete the rest of your service year working there.

I was posted to Lagos state which really is one of the best to be honest. I reported to camp on the 23rd of october 2018. The reality of what i was about to face hadn’t hit me yet, I was alone and I had to complete my registration, secure a room, and get my NYSC uniforms which includes an all white outfit (shorts, shirts, socks and sneakers), and the  NYSC ceremonial khaki outfit and boots.

My registration took all day, I did not know anyone at all so I was by myself, some people though came in groups and most others had met people they’d known so I had to do everything by myself  among over 2000 other people until i finally completed my registration which did I mention before took all day. I got lucky and met someone who helped me with the bank registration, his name is Michael but he didn’t stay in camp, left after registration that day so there I was again, by my self.

I wasn’t used to the huge crowd of people so I wasn’t very comfortable, in fact I wasn’t comfortable at aaalllll! I had to make friends and I had to do it fast or it was going to be a long three weeks but the hallelujah! I finally made my first camp friend who turned out to be such a cool person! Her name is May and we were also roommates! 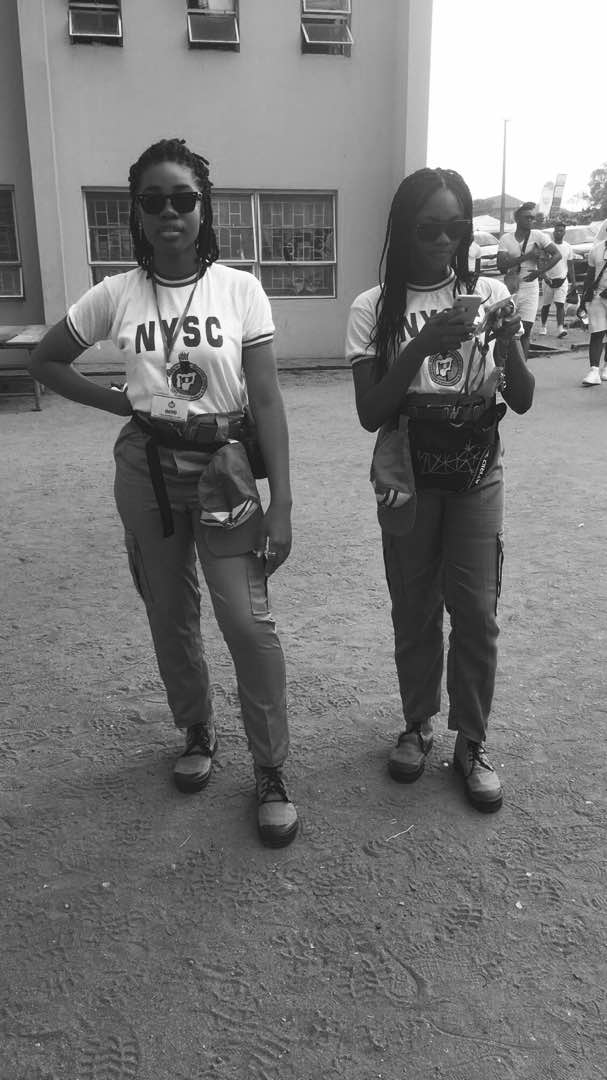 My other roommates were pretty awesome too, Uzor, Peace, Chioma, Rachael amongst others and although there were over 30 of us in the room there was never any fight whatsoever guys they were awesome.

Okay so All 2000 campers got grouped into platoons and May and I ended up in the same platoon (God is so good) so platoon 10 which by the way was the best platoon (seriously though, we topped most of the competitions).

May and I both ran away from parade because damn it was tooooooo stressful and you had to train in the sun for hours. We however joined martial arts (karate!) which turned out to be one of the best decisions I made. I met the best people (Tobey, Akin, Kingsley, Lanre, Lekan, Ukanna, Faye, Blessing, Aizy and a few others) most of whom I’ve kept in touch with and asides the band, martial arts was the other cool squad and we sort of became family.

Karate continued after camp and although I got sick and couldn’t keep up I plan on going back soon.

Anywho asides waking up for morning drills at 4am and having to sleep without electricity because the generator went off at 10:30pm, sitting through five hour lectures every day in the heat and having to use the nastiest bathrooms and toilets ever!!!! camp actually turned out not so bad for me so this one’s for y’all aspiring corpers..  Based on my experience here’s a guide to having the best 3 weeks of camp.

1. Be open. Going to camp the first thing you should understand is EVERYONE IS A JJC (Johnny Just Come). Do not be too shy to ask questions or you WILL get lost in all of the chaos and risk getting embarrassed by the already overworked stressed out and definitely rude camp staff.

2. Come prepared. Make sure you have with you the originals of all of your documents as stated on the NYSC portal. If you do not there is a 95% chance that you will be EMBARRASSED and sent home.

3. Don’t be fake. Real recognize real guys, if you go in there pretending to be someone you’re not, you just might be setting yourself up for a huge fail. Chances are you won’t stay in touch with all of the people you meet in there so be real and make real friendships that would matter in the long run.

4. Don’t succumb to peer pressure. Yes, it’s going to feel exciting to be in a new place where you can do whatever you want to do and no one outside camp will know if you didn’t let them know and you see all these people around doing stuff that you don’t usually do but because you’re in a new place by yourself and surrounded new people doing it you’d be tempted or want to belong…errrmmm…. DON’T DO IT. It almost always ends badly.

5. Stay in your lane. The camp officials usually have their hands full having to deal with so many people at once. In my camp we were over 2000. They’re gonna be easily provoked so stay in your lane. Same goes for fellow campers, different people from different backgrounds so If anyone does get on your nerves do not take matters into your own hands, ignore it and be calm or report the case to the camp authorities else you could risk extension which simply means you’ll be serving for more than the required one year.

6. Don’t take contrabands. (Self explanatory) it’s never worth it when you get caught.

7. Take sunscreen! You’ll be out in the sun for the most part of your stay in camp and you don’t want to go home after 3 weeks looking like a burnt potato.

8. Take light clothes and mostly dark underwear since the compulsory day wear in camp is white on white, take hand fans or rechargeable ones because it’s going to get really hot and make sure you have antiseptics… soaps and others.

7. Be nice and chill! Don’t be an ass, be kind to everyone and don’t forget to have as much fun as you can while of course not compromising who you are. Camp only happens once so make the best of it! x!

This site uses Akismet to reduce spam. Learn how your comment data is processed.